The dotnet cli’s test command can be run on any msbuild project or solution, yet it fails when run on non-test projects and prints errors like:

While this is useful to not mistakenly assume that all your tests ran correctly, it prevents you from just running all tests in your solution in one invocation.

Some suggst writing bash or powershell scripts to work around this, I suggest a pure msbuild-based approach that works cross-platform. Let’s have a look at the workaournd first before examining it in more detail:

How does it work?

To understand this workaround, we need to know a bit about how VSTest (the runner that powers dotnet test and Visual Studio’s testing features) and MSBuild solutions work:

The dotnet test only runs msbuild on the target file to invoke the VSTest msbuild target. So dotnet test -c Reelase is equivalent to dotnet msbuild /t:VSTest /p:Configuration=Release. The /t: argument tells MSBuild which target(s) to run and /p: arguments are used to set arbitrary properties that the definitions and targets involved in building the project understand.

When all projects in a solution have a target with the same name, the target can also be run on the solution file, which then invokes the actual targets in all projects. Since VSTest is contained in the CLI as an msbuild extension, the extension target is added to all project files. This made running dotnet test with errors possible in the first place.

This other custom target is implemented in Directory.Build.targets. MSBuild 15 searches the directory hierarchy for files files named Directory.Build.props or Directory.Build.targets to automatically include in the project file. The .props file - if found - will be imported at the beginning of the project, and the .targets file will be imported after the main content of the project. The default convention that has arisen in MSBuild development is to use .targets files for logic and .props files to set configuration properties and defaults to later use in logic, giving the project content (“in the middle”) an opportunity to change these properties.

The custom target only checks if the property $(IsTestProject) is set to true. This property is set inside an MSBuild .props file that comes from the NuGet package Microsoft.NET.Test.Sdk. So the condition in the custom target will only match for projects that are really test projects meant to be used with VSTest. The target uses <CallTarget> to call the actual VSTest target if the condition matches. The use of this task is usually avoided if possible because the control flow is hard to follow and may have unexpected side effects, but in this case is the shortest way to do what is needed.

To see a working example, check out my GitHub repository dotnet-win32-service. 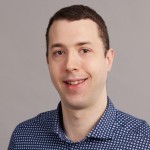 Use appsettings.json and environment overrides in classic ASP.NET apps